My first appearance in a film was in 1975 called Logan’s Run. I was living in Columbus Ohio but on vacation in California.  My aunt Hilda Heller (Jerry Heller’s mother) was working at the unemployment office and asked me and my brother mile id we wanted to be an extra on a movie that was currently shooting.  We went down to the set and put on these costumes with see-through tops. Well, there were maybe 200 of us, men and women, all with see-through tops. We thought we died and went to heaven. 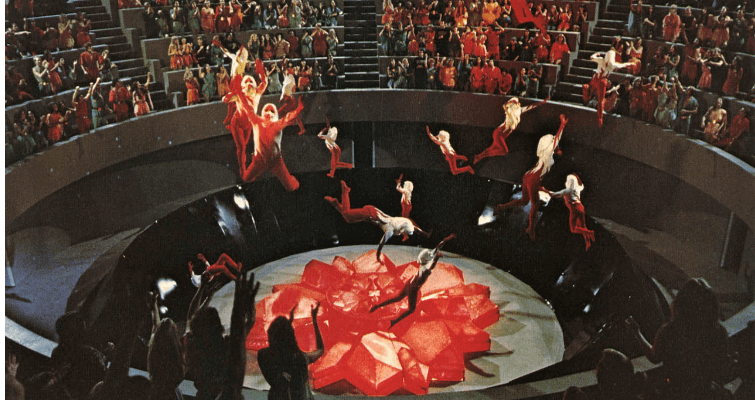 I have  been a big Howard Stern fan since 1986.  In 1993 I was working at Ruthless Records, home of Eazy E & NWA.   We were in New York doing Yo MTV Raps with Fab Five Freddy and I called Howard’ s producer, Gary Dell’Abate to see if I could get Eazy on the show.  Gary said Howard would love it and we loaded up the van and raced over to WXRK to meet the King of All Radio. I brought my “Private Parts” book which I got the whole staff to sign. I also got dragged in to the studio and got on the air….check it out.

Stanley Howse aka Flesh-n-Bone is a member of the multi- platinum act Bone Thugs-n-Harmony. When the group first came to Los Angeles from Cleveland one of my jobs at Ruthless Records was to check them in and out of hotels and motels which they would get kicked out of regularly, they were the wildest bunch of guys I ever met. But they were also one of the best rap groups of all time, they won  two American Music Awards, one Soul Train award  and one Grammy.  I managed his solo career and he recorded one record for Def Jam Records, T.H.U.G.S and 5th Dog Let’s Loose released on Mo Thugs Records/Koch Entertainment. Stanley spent a lot of time in and out of prison and he wasn’t the easiest guy to manage but I liked him a lot.  They threw me is as a fireman in this video, you can’t see my face but I had a fire hose and was putting out a fire. I come in at 2:35 in the video.

In 2007 I was asked by a friend of mine to get involved in a Beatles tribute band called Fab Forever. We had a residency in The Canyon Club at the Four Queens Hotel in Las Vegas.  The George Harrison (Jimmy Pau) had a girlfriend who fell in love with the Paul McCartney (Todd Rainey) which led to total chaos in the band. I ended up having to fire Jimmy before a major fight developed on stage.  A few years later I receive a notice that he is suing me for lack of payment.  A few months after that I receive a call from Judge Judy to see if I wanted to fight this case on TV. I agreed but because one of the producers on the show just happened to be a friend of mine, they passed. A month later I get a call from another show, Judge Karen who ends up flying me to New York to fight the case….check it out.

One of my neighbors used to walk these huge dogs down the street, pit bulls, mastiffs, rottweilers.  We got to be friends and I realized that was Aaron Hall, the lead singer for the New Jack Swing group GUY.  GUY sold millions of albums and toured the world, but Aaron’s passion was breeding & training dogs, which he has been doing his whole life.  I told him about one of my friends who was having trouble with his labradoodle.  Aaron told me he could train any dog in 20 minutes, I thought he was crazy but I saw him do it.  We filmed him in action and  called it “Aaron Hall’s Dog Rehab” which is still being viewed on YouTube.  It has over 200,000 views currently.

Sometime in 2006 I got to be friends with an Australian musician named Marco Yellin though he went by the name of Marco Storm. This guy had movie star looks, played guitar and sang great  and was the nicest guy in the world.  I met him and the rest of his band at Pickwick’s Pub in Woodland Hills. I would get him up on stage with me and we would rock. He had a beautiful girlfriend named Gigi, another sweet Australian girl. I helped Mark get his green card and US citizenship.  We kept in touch over the years but unfortunately he passed away four years ago. I didn’t realize at the time that his girlfriend Gigi was a big movie star in Australia, her father was the biggest promoter in Australia and she had a starring role in my sisters favorite science fiction series called Farscape.  Gigi and I have kept in touch over the years (she texted me last week) and in 2009 she put me in this short movie  she was working called Nobody Knows. (don’t blink or you’ll miss me)  She has a sci-fi movie  out now called Hashtag.

Working at Ruthless Records was quite a life changing experience for me.  I worked in pop, rock, jazz, blues, country rock, disco and classical music, but never delved into the world of gangsta rap.  That all changed when my cousin Jerry Heller hired me to work for him managing Eazy E & NWA, and working for Ruthless Records.  In December, 2015  I got a call from a producer at National Geographic who wanted to interview me on my dealings with Suge Knight, former CEO of Death Row records and currently in prison.  Here’s a little bit about my encounters with the infamous Suge Knight.

After my award winning performance in “Facing Suge Knight” I was notified by BET to be part of another documentary called “Death Row Chronicles”,  a six-part documentary that chronicles the rise and fall of one of the most iconic Hip-Hop recording labels “Death Row Records” in the 1990’s and during the Golden Age of Hip-Hop.I was right in the middle of all that madness. I’m in part 1 & part 2 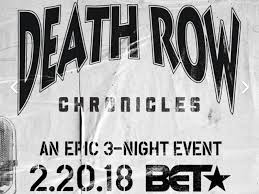